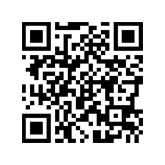 Classification:
Industry News
2018/11/15
Page view
[Abstract]:
In order to accelerate the development of advanced equipment manufacturing industry on the west bank of the Pearl River...

In order to accelerate the development of advanced equipment manufacturing industry on the west bank of the Pearl River, the Guangdong Provincial Party Committee and the Provincial Government held a provincial and ministry joint promotion of the development of the advanced equipment manufacturing industry belt on the west bank of the Pearl River and project signing activities in Zhuhai City yesterday morning. Guangdong Intelligent Manufacturing Industrial Base of Shunde High-tech Zone signed an intent investment agreement with international robot giant KUKA, which became one of the focus！

The relevant person in charge of Shunde Economic and Technological Promotion Bureau said that the project will mainly provide R & D and services for the home appliance and consumer electronics industries, which will help provide services for the intelligent equipment industry that Shunde focuses on, and promote industrial transformation and upgrading. The leading project represented by KUKA will also bring a large number of downstream robot system integrators to form a robot and intelligent equipment industry chain in Shunde .

It is reported that KUKA plans to set up China's first R & D base for robot applications in Shunde, and build a robot application R & D base to drive downstream system integration companies to enter the Shunde Robot Professional Park project (hereinafter referred to as "Robot Professional Park"), and provide services and Assist 7 companies that have clearly settled in the robot professional park, guide more advanced industrial robot industry related companies to gather in the park, and jointly promote the development of the robot industry in Shunde. Together, it will take 8 years to form industrial robots and intelligent equipment. Industrial chain cluster.

The author understands that the robot professional park covers an area of ​​about 227.46 acres, with a total planned investment of more than 1 billion yuan. The goal is to produce more than 500,000 industrial robots and intelligent equipment with an annual output value of 4.3 billion yuan.

KUKA intends to settle in Shunde High-tech Zone has a profound background. Shunde is a well-known manufacturing base. Facing various new competition pressures in the international manufacturing industry and the inherent requirements of the transformation and upgrading of the manufacturing industry in Shunde, Shunde actively explores the deep integration path of "two modernizations", proposes a new direction of "intelligent manufacturing", and becomes The only “National Level Deep Integration of Industrialization and Intelligent Manufacturing Pilot in the National Equipment Industry” has a broad market for robot applications. Therefore, the robot industry has received much attention from Shunde and has been actively cultivated. A number of companies such as Lixunda and Jiateng Robot have grown rapidly.

The Shunde West High-tech Start-up Zone, which was identified as the Guangdong Intelligent Manufacturing Industry Base at the end of 2013, is also an important reason why KUKA intends to settle in Shunde. The planned area of ​​5,200 acres will consist of functional areas such as the intelligent manufacturing industry base, intelligent equipment parts production base, business supporting area, intelligent equipment exhibition center, and intelligent equipment education demonstration base, etc., with good supporting policies. At the end of July this year, the western start-up zone of the high-tech zone was also identified as a strategic emerging industrial base (Guangdong Intelligent Manufacturing Demonstration Base) co-constructed by the province and city in 2014, and will enjoy the strong support of many provincial policies. The favorable provincial and district policies are undoubtedly a major attraction for companies such as KUKA.

At present, the park is fully paving the road, water supply pipe network, sewage mains, power grid, greening, water conservancy and other infrastructure construction. The main road network section that crosses east to west has been opened to traffic, and the main road network section that runs north to south is expected to be next year It was officially opened to traffic in May, and a road grid bureau of "internal and external communication" could be initially formed by then.

It is understood that currently 18 enterprises have been introduced in the start-up area, covering an area of ​​about 1069 acres, including the world's top 500 Pohang advanced galvanized steel sheet project, the German Messer industrial gas project, the natural gas gate station project, and 15 stations in Longteng The industrial scope of the projects in the park involves intelligent manufacturing, resource recycling, new energy utilization, and auto parts. The total investment of these projects is about 4.68 billion yuan, and the annual tax is expected to reach 750 million yuan after reaching production.